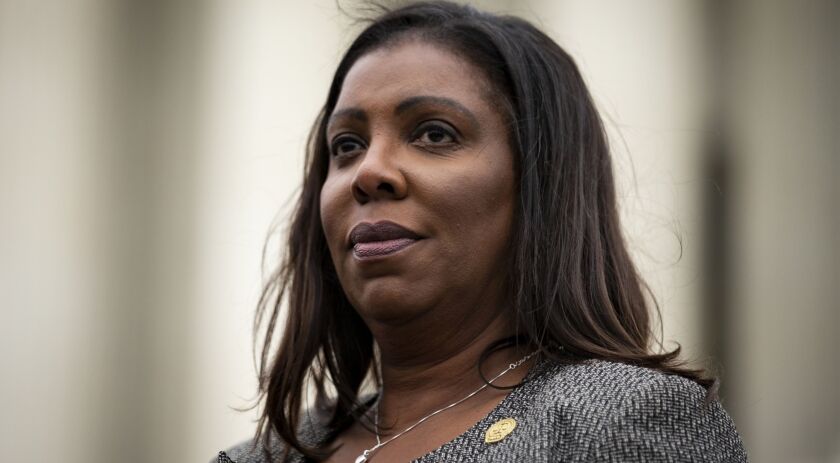 The State of New York has blocked dismissal of a lawsuit accusing several major banks of wrongdoing in the variable-rate market, effectively preventing those banks from using the argument that has offered success to them in several similar lawsuits filed around the country.

The office of New York Attorney General Letitia James notified the Supreme Court of the State of New York via filing Thursday it is blocking dismissal of a “meritorious” whistleblower suit on public disclosure grounds.

The move is significant because the banks won dismissal of a similar lawsuit in Massachusetts on those grounds, and the public disclosure bar was arguably the crux of the banks’ argument in the pending motion to dismiss in New York.

“Because the state has the right to block a defendant’s attempt to have a meritorious case dismissed on public disclosure grounds … once the government objects [to dismissal on a public disclosure ground], the court does not even address the issue,” wrote Bryan P. Kessler, a senior counsel in the Taxpayer Protection Bureau of James’ office.

At the heart of the accusations raised by the suit in New York, as well as similar ones elsewhere, is the banks “bucketed” large groups of variable-rate demand obligations and set their rates en masse, without regard to the characteristics of the securities, which the lawsuits argue is a violation of the remarketing agreements binding those banks. Those agreements generally commit remarketing agents to try their best to set the rates at the level necessary to market the bonds at par.

Suits filed in Illinois, New York, Massachusetts and California all stem from Johan Rosenberg, a Minnesota-based municipal advisor, who said he found the “robo-resetting” scheme after his own analysis led him to uncover the alleged misconduct. He originally filed his lawsuits under the name of a corporate entity called “Edelweiss Fund,” before a court ruled he would need to make his identity public to continue his litigation.

The defendant banks, or their subsidiaries, which include JPMorgan Chase & Co., Wells Fargo, Citigroup, M&T Bank Corp., Merrill Lynch & Co. and Morgan Stanley Smith Barney, seek dismissal based on several contentions, including the public disclosure bar — a legal standard in New York and elsewhere — that exists to prevent whistleblower lawsuits from being filed on the basis of public information.

The banks have argued that because VRDO reset rates and other information about the securities is public knowledge, the lawsuits fail on that basis. The argument succeeded in Massachusetts, where a trial court dismissed a suit last year, a decision Rosenberg’s legal team is appealing.

The stakes are high in New York, where the alleged damages total some $374 million, though that amount could fall if the court accepts the banks’ argument that the state is not a party to the remarketing agreements in conduit deals. Rosenberg’s legal team has asserted that banks are still liable with respect to conduit deals, because they made “false claims” to the paying agents involved, who are “agents of the state.”

The filing from James’ office is not the same as an intervention in the suit, which occurs when a government joins the whistleblower as a plaintiff. It only determines the suit is meritorious enough that it should not be dismissed on the basis of the public disclosure bar.

“The state takes no position on any of the other issues raised in defendants’ motions to dismiss,” Kessler wrote.

In court filings, the defendant banks have denied wrongdoing.